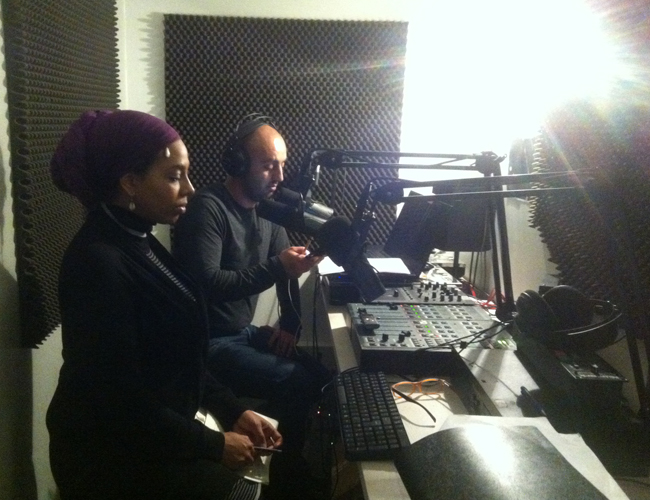 Festival 1962 is a radio play produced in collaboration with activist Araba Evelyn Johnston-Arthur and artist & curator Ahmed Al-Nawas under the collective name Muistityöryhmä -62. Festival 1962 was broadcast on Radio Helsinki 14–18.12.2015. Language of the work is mostly Finnish.

The radio play in reportage re-visits the venues for the 1962 youth festival in Helsinki. It uncovers Helsinki’s forgotten and silenced history, and explores the story nowadays told about the cold war. The workgroup has invited a number of journalists who promote marginal viewpoints to join in the making of the play.

In the summer of 1962, an exceptional event was held in Helsinki, the World Festival of Youth and Students for Peace and Friendship, in which some 14,000 young people representing 137 countries or nationalities took part.

This was one of the biggest international events in Finnish history, and brought to the city an unprecedented array of visitors from around the world. This included representatives of newly independent colonies and some who would later become famous, such as Angela Davis and Alice Walker, along with the jazz pioneers Bill Dixon and Archie Shepp. The great hero of the arms race between the super powers, Yuri Gagarin, also arrived in Helsinki for the occasion.

The Festival theme of peace and friendship was not to everyone’s taste. An international socialist youth festival being held in the capital of a neutral country worried the USA and CIA in particular. And so a large counter-festival was staged in Helsinki, funded by the CIA.

The Finnish mainstream media boycotted the youth festival and most of the political parties actively opposed it. One thing that particularly attracted international attention was the anti-festival, racist youth disturbances, which the police quelled with horses, batons and tear gas. Both the festival and the anti-communist counter-festival used culture, art and music as weapons of political combat. American salon-jazz artists and abstract paintings from New York’s Museum of Modern Art were flown to Helsinki.

Established history interprets the 1960s in terms of a confrontation between East and West. Muistityöryhmä -62 take a fresh look at the situation and trace some forgotten aspects of the 1962 youth festival.

Festival 1962 is part of the Remembering Silences project curated by Ahmed Al-Nawas.