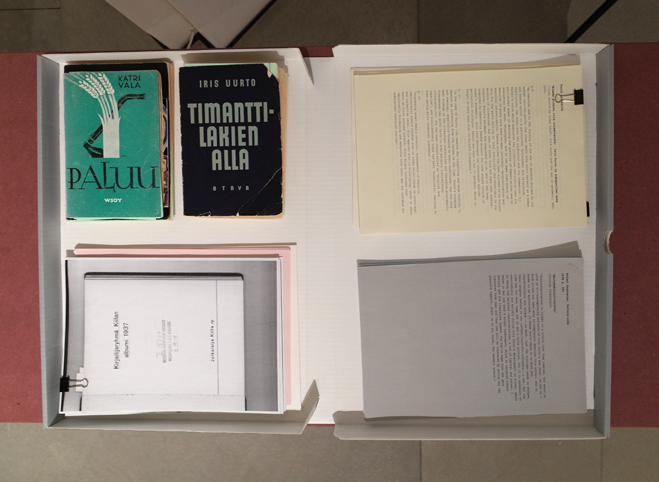 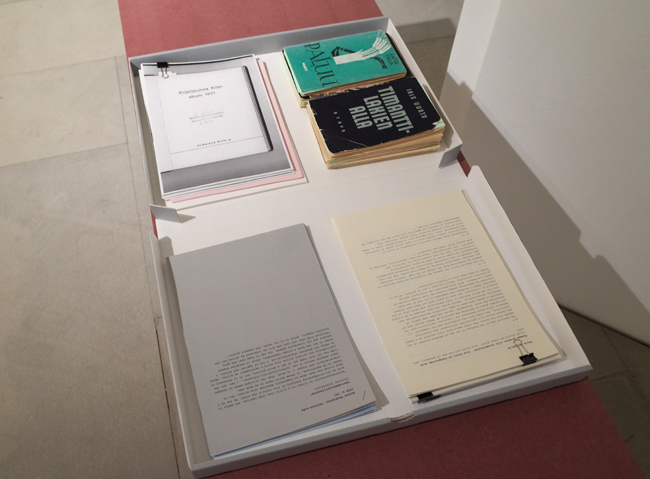 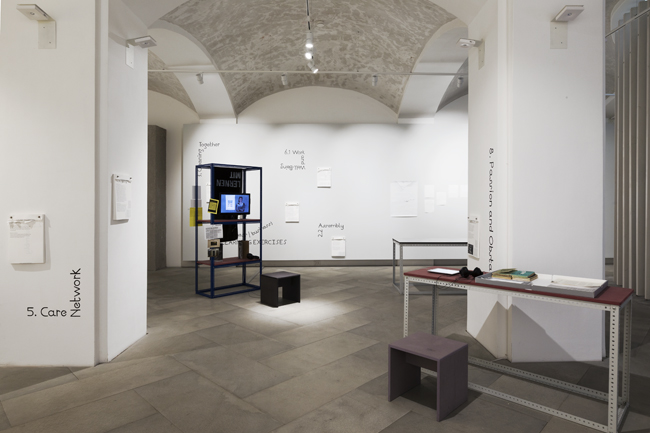 Kiila / The Wedge is archive as artwork, which is based on a study of the early years (~1936-1939) of an 80 years old and still active artists’ and writers’ association in Finland, Kiila. The English meaning of Kiila is the ‘wedge’. The compiled archive brings to the forefront the feminist issues at the core of founding of Kiila, which have since then been ignored in its history-writing.

The association was founded in 1936. Its founding was greatly influenced by the International Congress of Writers “for the Defence of Culture” in Paris in 1935, which was a reaction to burning of books in Nazi-Germany. In Finland the political climate at the time was also fascist, the communist activities were banned by law and the national artists’ associations were ruled by supporters of the right-wing. During World War II 40 % of Kiila members were imprisoned. Also the archives of Kiila from its founding until 1944 have gone missing.

Kiila has throughout its existence stood for leftist ideas and has been influential in representing leftist artistic positions. Four out of seven founding members of Kiila were women: sisters Aira and Elvi Sinervo, Tyyne Maija Salminen and Katri Vala. Also many other female writers and critics were active in the early years of the organisation. After the war the history of Kiila was written by its notable male members. With compiling the archive of Kiila, the aim has been to observe the connections of socialism and feminism in collective organising of artists and cultural workers.