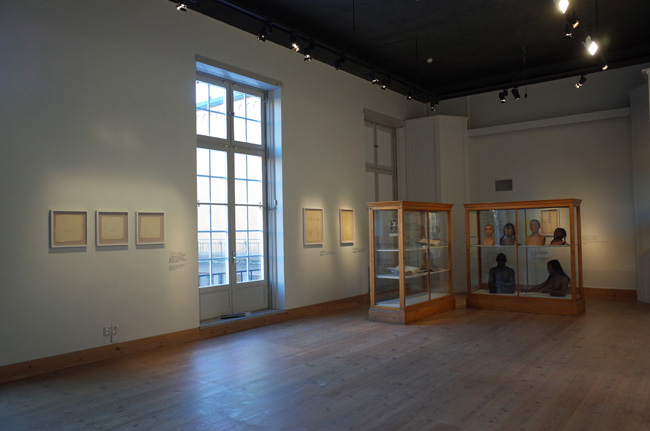 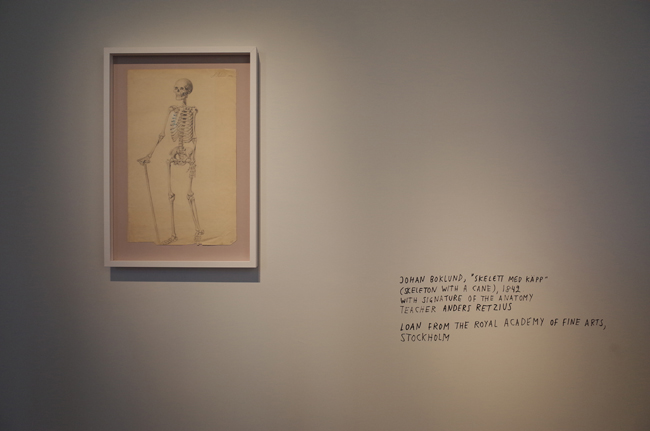 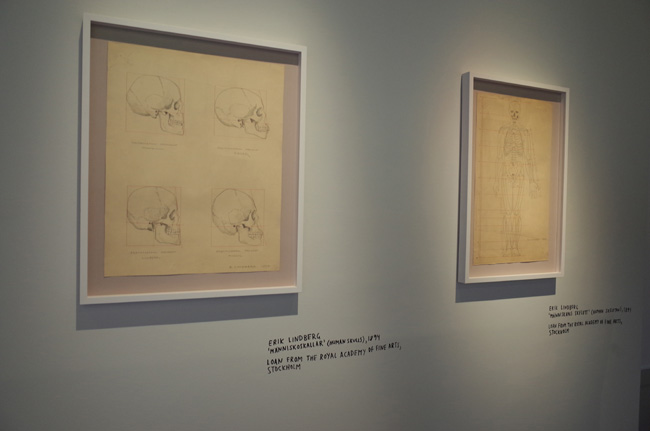 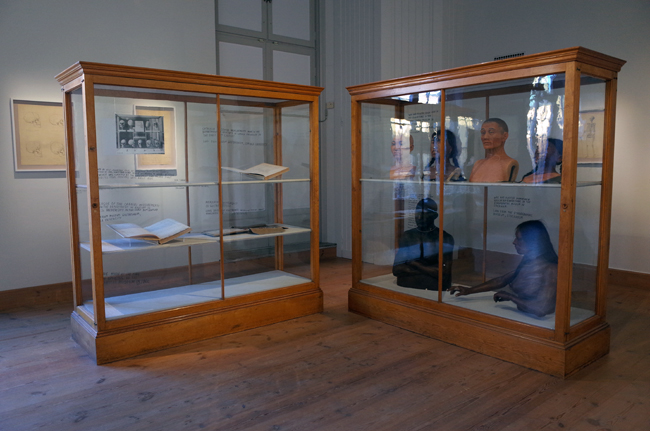 Installation view, Swedish History Museum. Vitrines made at the time of the opening of the Historical Museum in 1866. Include objects on loan from the Ethnographic Museum, Stockholm; The Royal Academy of Fine Arts, Stockholm; The Hagströmer Medico-Historical Library, Karolinska Institutet, Stockholm; Museum Gustavianum, Uppsala University 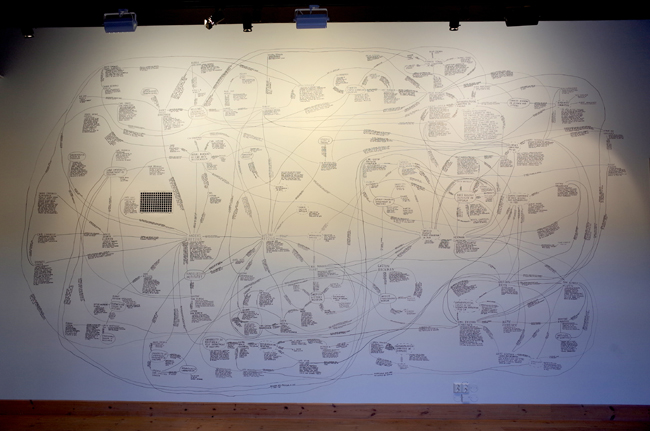 ‘Unfolding Nordic Race Science’ is a collaborative multidisciplinary project by the visual artist Minna Henriksson and the archaeologist Fredrik Svanberg dealing with the topic of race science in the Nordic countries. The time span under examination is the 1850s up to 1945. During the research and production phase, material has been shared, findings and conclusions have been discussed, and archives have been visited together. The collaborative project has two outcomes:an art installation by Henriksson and an academic text by Svanberg.

The installation by Henriksson includes loans from several institutions, which have played a role in developing the race science in Sweden, housed collections of human remains relating to it or disseminated some of its central arguments to wide publics. The Swedish Historical Museum is one of these institutions. In the museum all the way until 1970s there was a display of skulls categorized into long and short types. This categorisation was developed by Anders Retzius, and the display case in the Historial Museum was deigned by another race scientist, Carl Magnus Fürst. Retzius’ classification was a central argument for superiority of the Aryan race, which placed the Nordic long skulled race as the highest. Through the display of objects various museums and other institutions in Stockholm and Uppsala were connected to a shared history promoting race science.

The installation includes a large wall drawing, which is a survey of central figures in the race science in the Nordic countries between 1850s and 1945, including anatomists, collectors of human remains, institutions, and patrons, as well as artists who produced images of the constructed white Nordic race and the ‘exotic others’. The close relation between fine art and race science proves how, in its time, race science also exerted great influence on many other fields.

The project ‘Unfolding Nordic Race Science’ addresses a topic that has not been adequately dealt with in most of the Nordic countries. Prior to the Second World War, race science was promoted by the state structures and the scientists were respected members of the national elite. The Nordic countries were united in a web of connections around the science.

The project has been shown later in art context with the title ‘Nordic Race Science’ and includes only the diagram about people and institutions involved in the race science in the Nordic countries.

Sketch for the wall drawing