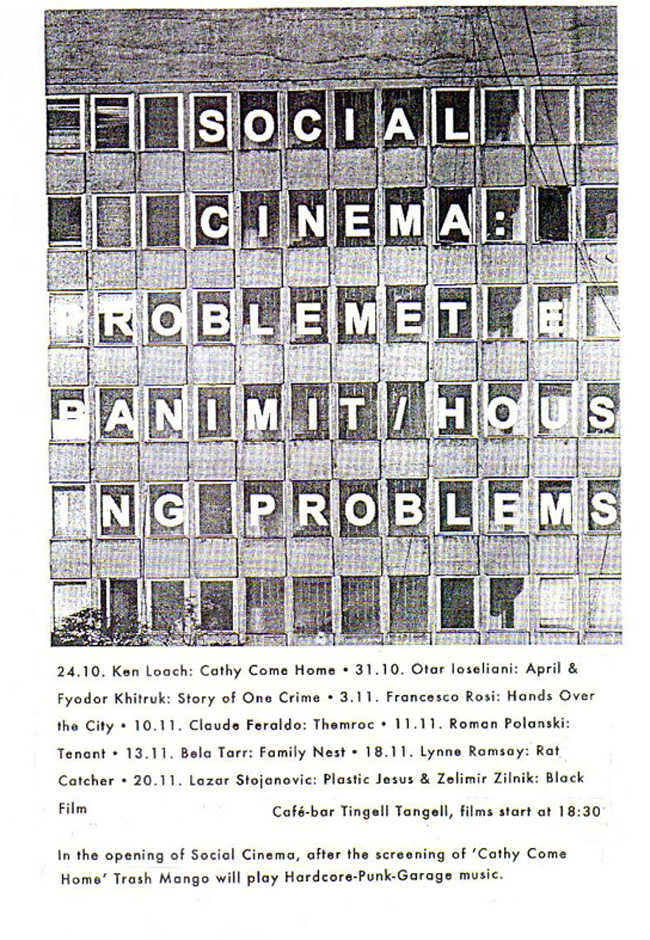 Manifesto of Social Cinema: “Social cinema is about the use-value of cinema, as oppose to change-value of mainstream cinema. Social cinema aims to use images in political way and to be directly involved with living experiences and circumstances. We are tired and bored of seeing all those fake ‘alternative’ films about psy­chological crises of middle-aged men and women. Especially we are tired of seeing david-lynch- kind of movies about middle class wealthy men’s sexual or metaphysical problems. For us, like for many people in the world it is impossible to identify with these films’ mysticism, explicitly for one important reason: many of us do not live in similar apartments, houses or villas as in these movies. We think that the function of these films is only to re-colonize the poverty with lies of bourgeoisie comfort. The fact that the majority of people do not have even basic conditions for living, not even a room or bed for themselves is enough for us to hate ‘alternative’ mainstream cinema. But fortunately there is cinema, which is sensitive to class-consciousness, exploitation, marginalization, poverty, and to problems of ordinary men and women.”

Electrification of the Whole Country plus Soviet Power = Communism